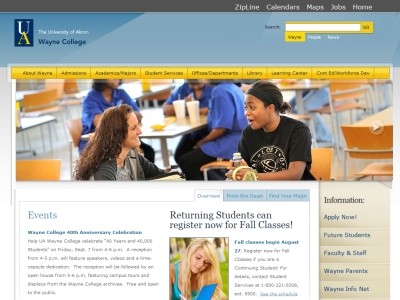 Review: The University of Akron is a coeducational public research university located in Akron, Ohio, part of the University System of Ohio. It was founded in 1870 as a small college affiliated with the Universalist Church. In 1913 ownership was transferred to the City of Akron. In 1967 the university became a state institution. The University of Akron is regarded as a world leader in polymer research. As a STEM-focused institution, it focuses on industries such as polymers, advanced materials, and engineering. In the last decade it has sought to increase its research portfolio and gain recognition for its productivity in technology transfer and commercialization. The University recently underwent a $300 million construction project, which added nine new buildings and renovated fourteen, and closed several streets. A new football stadium, InfoCision Stadium-Summa Field, was constructed on campus as a replacement for the University's previous stadium, the Rubber Bowl. The school offers more than 200 undergraduate and more than 100 graduate majors. Total enrollment was 25,959 students representing 46 U.S. states and 80 foreign countries, making Akron the third-largest main campus in Ohio. The University's best-known program is its College of Polymer Science and Polymer Engineering, which is located in a 13-story reflective glass building that overlooks the western edge of the campus. UA's Archives of the History of American Psychology, an affiliate of the Smithsonian Institution, is open to the public at 77 College St. on the north side of campus. The museum contains some of the nation's most famous psychology artifacts, and it is visited regularly by researchers from around the world. The university has two branch campuses, Wayne College, located in Orrville, Ohio, and the Medina County University Center, located in Lafayette Township, Ohio. In addition, the University hosts various nursing programs in affiliation with Lorain County Community College under the University Partnership program. 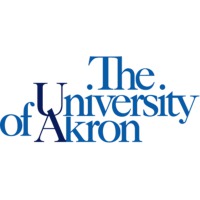 Was this page helpful? Yes -0 No -0Click here to Inform about a mistake 4 Rating: