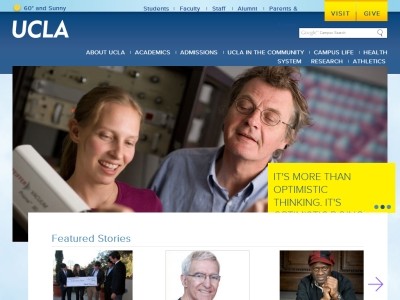 Review: The University of California, Los Angeles (UCLA) is a public research university located in the Westwood neighborhood of Los Angeles, California, USA. It was founded in 1919 as the "Southern Branch" of the University of California. UCLA, considered to be one of the flagship institutions of the University of California system, offers over 300 undergraduate and graduate degree programs in a wide range of disciplines and enrolls about 26,000 undergraduate and about 11,000 graduate students from the United States and around the world. Strengths in liberal arts and sciences and research strengths earned it membership in the Association of American Universities. The faculty is "highly cited" for its research according to the Institute for Scientific Information. In addition, UCLA has one of the greatest Olympic Games traditions of any university. UCLA students have won 214 Olympic medals - 106 gold, 54 silver and 54 bronze. The Bruins have had at least one competitor in every Olympics since 1920 with one exception (1924), and UCLA has won a gold medal in every Olympics since 1932 with the exception of 1980 (boycott). The university is organized into five undergraduate colleges, seven professional schools, and five professional Health Science schools. Fourteen Nobel Prize laureates have been affiliated with the university as faculty, researchers, or alumni. Among the current faculty members, 43 have been elected to the National Academy of Sciences, 21 to the National Academy of Engineering, 34 to the Institute of Medicine, and 108 to the American Academy of Arts and Sciences. UCLA student-athletes compete intercollegiate as the Bruins. As a member of the Pacific-10 Conference, the Bruins have won 125 national championships, including 107 NCAA team championships as of May 2011, more than any other university. 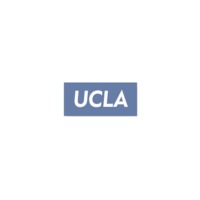 Recommended: Yes -0 No -0Click here to Inform about a mistake 8 Rating: