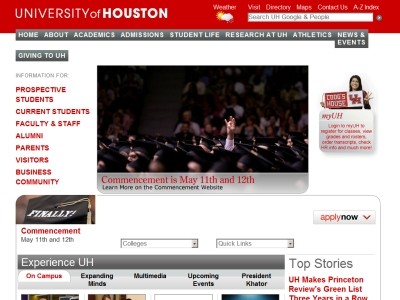 Review: The University of Houston (UH) is a Carnegie-designated Tier One public research university located in Houston, Texas. Founded in 1927, it is the flagship institution of the University of Houston System. As the third-largest university in Texas, UH has 37,000 students on its 667-acre campus in southeast Houston. It was known as University of HoustonВ–University Park from 1983 to 1991. The university offers over 300 degree programs through its 12 academic colleges on campus-including programs leading to professional degrees in law, optometry, and pharmacy. The institution conducts nearly $120 million annually in research, and it operates more than 40 research centers and institutes on campus. Interdisciplinary research includes superconductivity, space commercialization and exploration, biomedical sciences and engineering, energy and natural resources, and artificial intelligence. Awarding more than 7,200 degrees annually, UH's alumni base exceeds 250,000. The economic impact of the university contributes over $3.1 billion annually to the Houston economy while generating about 24,000 jobs in the metropolitan area. The University of Houston hosts a variety of theatrical performances, concerts, lectures, and events. It has over 400 student organizations and 16 intercollegiate sports teams. Annual UH's events and traditions include The Cat's Back, Homecoming, and Frontier Fiesta. The university's varsity athletic teams-known as the Houston Cougars-are members of Conference USA and compete in the NCAA's Division I in all sports. The football team regularly makes bowl game appearances, and the men's basketball team has made 19 appearances in the NCAA Division I Tournament-including five Final Four appearances. The men's golf team has won 16 national championships-the second-most of any NCAA golf program. 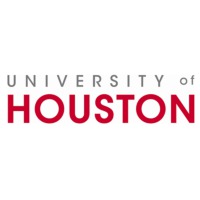 Was this page helpful? Yes -0 No -0Click here to Inform about a mistake 5 Rating: