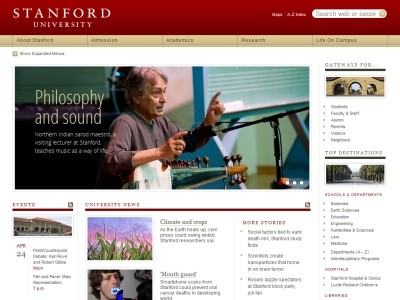 Review: The Leland Stanford Junior University, commonly referred to as Stanford University or Stanford, is a private research university on an 8,180-acre (3,310 ha) campus located near Palo Alto, California. It is situated in the northwestern Santa Clara Valley on the San Francisco Peninsula, approximately 20 miles (32 km) northwest of San Jose and 37 miles (60 km) southeast of San Francisco. Leland Stanford, a Californian railroad tycoon and politician, founded the university in 1891 in honor of his son, Leland Stanford, Jr., who died of typhoid two months before his 16th birthday. The university was established as a coeducational and nondenominational institution, but struggled financially after the senior Stanford's 1893 death and after much of the campus was damaged by the 1906 San Francisco earthquake. Following World War II, Provost Frederick Terman supported faculty and graduates' entrepreneurialism to build self-sufficient local industry in what would become known as Silicon Valley. By 1970, Stanford was home to a linear accelerator, one of the original four ARPANET nodes, and had transformed itself into a major research university in computer science, mathematics, natural sciences, and social sciences. More than 50 Stanford faculty, staff and alumni have won the Nobel Prize (list of Nobel Laureates by university affiliation). Stanford also boasts the largest number of Turing award winners for a single institution. Stanford faculty and alumni have founded many prominent technology companies; according to Forbes Magazine "it is almost impossible to name a leading-edge company in Silicon Valley that isn't closely associated with Stanford;" examples include Cisco Systems, Google, Hewlett-Packard, LinkedIn, Netscape Communications, Rambus, Silicon Graphics, Sun Microsystems, Varian Associates, and Yahoo!. The university is organized into seven schools including academic schools of Humanities and Sciences and Earth Sciences as well as professional schools of Business, Education, Engineering, Law, and Medicine. Stanford has a student body of approximately 6,600 undergraduate and 12,000 graduate students. Stanford is a founding member of the Association of American Universities and in 2010 managed US$1.15 billion in research funding and $13.8 billion in endowment support, with $21.4 billion in consolidated net assets. Stanford competes in 34 varsity sports and is one of two private universities in the NCAA Division I-A Pacific-10 Conference. Stanford's athletic program has won the NACDA Directors' Cup every year since 1995. In the 2008 Summer Olympics in Beijing, Stanford athletes won 25 medals, including 8 gold medals, more than any other university in the United States. 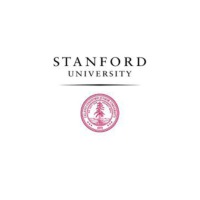 Was this page helpful? Yes -0 No -0Click here to Inform about a mistake 3 Rating: