Review: Colleges & Universities, Vanguard University is located in Costa Mesa, California, USA. During the summer of 1920, Harold K. Needham, D. W. Kerr, and W. C. Pierce opened a school to prepare Christian workers for the various ministries of the church. The new institute, Southern California Bible School, moved from Los Angeles to Pasadena in 1927. In 1939 it was chartered by the State of California as a college eligible to grant degrees, and it became Southern California Bible College-the first four-year institution of the Assemblies of God. In 1943 the college received recognition by the government for the training of military chaplains. It moved to the present campus in 1950. The name was changed to Southern California College nine years later when majors in the liberal arts were added to the curriculum. Regional accreditation and membership in the Western Association of Schools and Colleges were granted in 1964. In 1967 the college received recognition and approval of its teaching credential program from the California State Board of Education. In June 1983 the Graduate Studies Program received approval from the Western Association of Schools and Colleges. A Degree Completion Program was started in 1994 for adult learners. On July 1, 1999 university status was achieved when Southern California College registered with the Secretary of State's Office as Vanguard University. The University comprises the College, the Graduate School, and the School for Professional Studies. In addition to its founding president, Harold K. Needham, Vanguard University has had the able leadership of eight presidents: Daniel W. Kerr, Irvine J. Harrison, John B. Scott, O. Cope Budge, Emil A. Balliet, Wayne E. Kraiss, Murray W. Dempster and Carol Taylor. Vanguard University is a Christian Comprehensive University of Liberal Arts and Professional Studies and is owned by the Southern California District of the Assemblies of God USA.

Recommended: Yes -0 No -0Click here to Inform about a mistake 20 Rating: 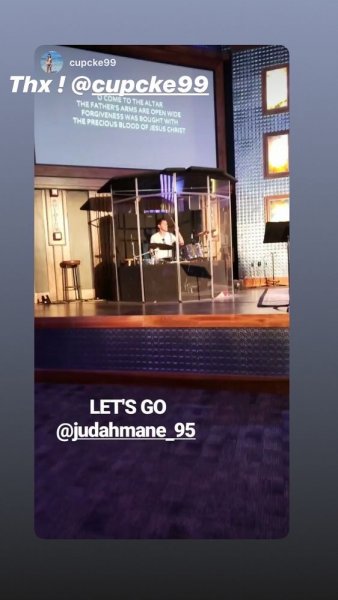