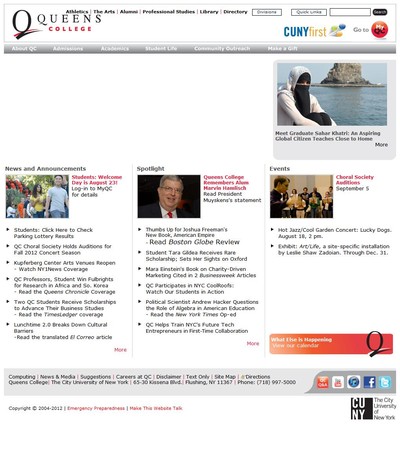 Review: Queens College, located in Flushing, Queens, New York City, is one of the senior colleges of the City University of New York. It is also the fifth oldest of the City University's twenty-three institutions of higher learning. The college's seventy seven acre campus is located in the heart of the borough, and runs along Kissena Boulevard. Queens College opened in 1937 with the goal of offering a first-rate education to all people regardless of background or financial means. It is one of CUNY's largest senior colleges, and is often referred to as "the jewel of the CUNY system." The college enjoys a national reputation for its liberal arts and sciences and pre-professional programs. Queens College is one of few schools in the CUNY system to offer on campus residence to its students. This option became available in 2009 with the construction of the "The Summit at Queens College." The residence hall has attracted students from around the world, especially aspiring artists looking to attend the internationally renowned Aaron Copland School of Music. Queens College is a part of the City University of New York, the third largest university system in the United States, in terms of enrollment. CUNY graduates include 12 Nobel laureates, a U.S. Secretary of State, a Supreme Court Justice, several mayors, members of Congress, state legislators, scientists and artists. 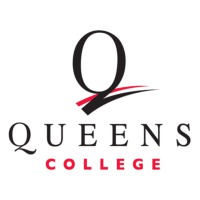 Recommended: Yes -0 No -0Click here to Inform about a mistake 6 Rating: