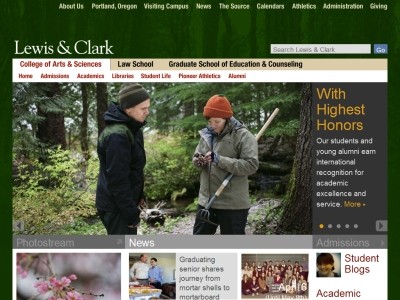 Review: Lewis & Clark College is a private institution of higher learning located in Portland, Oregon. Made up of an undergraduate College of Liberal Arts, a School of Law, and a Graduate School of Education and Counseling, Lewis & Clark is a member of the Annapolis Group of colleges with athletic programs competing in the NCAA's Division III Northwest Conference. Just under 2,000 students attend the undergraduate College of Liberal Arts, which is regarded as "more selective," with a student body representing more than 50 countries across six continents as well as most US states. The School of Law is best known for its environmental law program, while the Graduate School of Education & Counseling primarily serves a regional student population. Originally chartered as the Albany Collegiate Institute in 1867 in the town of Albany, the school moved to the Portland campus in 1938 and in 1942 adopted the name Lewis & Clark College after the Lewis and Clark Expedition. Today, the three schools and their supporting offices occupy a campus of 137 acres (554,000 m 2 ), centered on the M. Lloyd Frank Estate on Palatine Hill in the Collins View neighborhood of Southwest Portland. 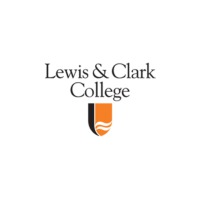 Recommended: Yes -0 No -0Click here to Inform about a mistake 4 Rating: