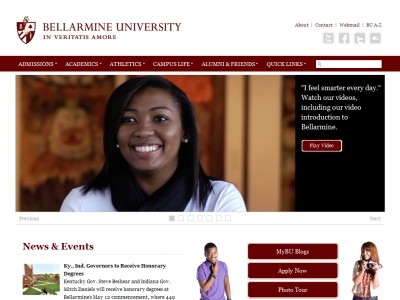 Review: Bellarmine University (BU) is an independent, private, Catholic university in Louisville, Kentucky. The liberal-arts institution opened on October 3, 1950 as Bellarmine College, established by Archbishop John A. Floersh of the Archdiocese of Louisville and named after the Cardinal Saint Robert Bellarmine. The name was changed by the Board of Trustees in 2000 to Bellarmine University. The university today is organized into six colleges and schools and confers numerous Bachelor's and Master's degrees in more than 50 academic majors, along with two doctoral degrees, it is currently classified as a Master's university. The university has a current enrollment of over 3,000 students on its main 135-acre (0.55 km2) academic and residential campus is located in the Belknap neighborhood of Louisville. At its spring commencement on May 14, 2011, the school graduated 482 undergraduate and graduate students, contributing to a total of 780 graduates for the school year, up from 700 the previous year. The university offers a large number of extracurricular activities to its students, including athletics, honor societies, clubs and student organizations. Bellarmine's athletic programs are known as the Knights. The university is a member of NCAA Division II and competes in the Great Lakes Valley Conference for most sports, except men's lacrosse which competes at the NCAA Division I level in the ECAC Lacrosse League. Bellarmine men's basketball team won the 2011 NCAA Men's Division II Basketball Tournament, the first national championship in school history. Alumni and former students have gone on to prominent careers in government, business, science, medicine, education, sports, and entertainment. 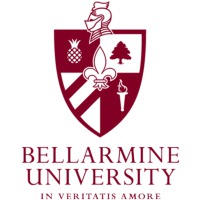 Recommended: Yes -0 No -0Click here to Inform about a mistake 13 Rating: