The College Of New Jersey 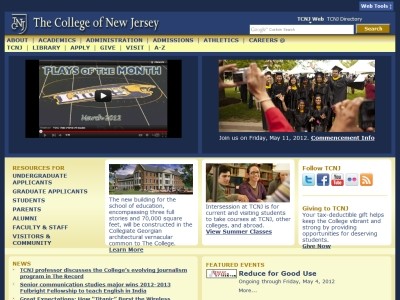 Review: Colleges & Universities, The College of New Jersey, abbreviated TCNJ, formerly Trenton State College, is a public, coeducational university located in Ewing Township, New Jersey, a suburb of Trenton.Established in 1855 by an act of the New Jersey Legislature, the institution was the first normal school in the state of New Jersey and the fifth in the United States. Originally located in Trenton proper, the college was moved to its present location in adjacent Ewing Township during the early to mid-1930s. Since its inception, TCNJ has undergone several name changes, the most recent being the 1996 change to its current name, from Trenton State College. In recent years, TCNJ has earned national recognition as a leading academic institution. The college is organized into seven schools, all of which offer four-year bachelor's degree programs, and several of which offer master's degree programs. A great deal of emphasis is placed on liberal arts education via the college's general education requirements.

Recommended: Yes -0 No -0Click here to Inform about a mistake 13 Rating:

Location & access map for "The College Of New Jersey"

Video street view near "The College Of New Jersey"

Photo from "The College Of New Jersey" 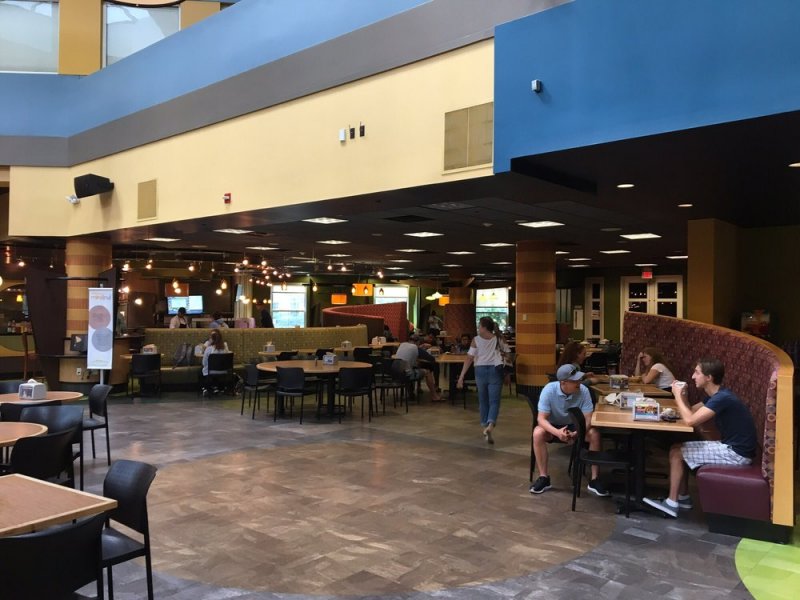