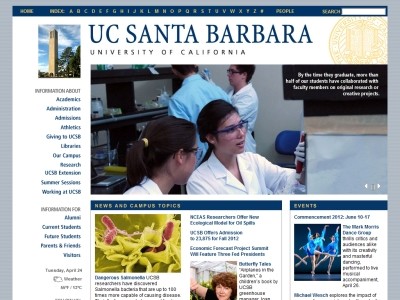 Review: The University of California, Santa Barbara, commonly known as UCSB or UC Santa Barbara, is a public research university and one of the 10 general campuses of the University of California system. The main campus is located on a 1,022-acre (4.1 km2) site in Santa Barbara, California, 100 miles (160 km) northwest of Los Angeles. Founded in 1891 as an independent teachers' college, UCSB joined the University of California system in 1944 and is the third-oldest general-education campus in the system. UCSB is a comprehensive doctoral university and is organized into five colleges offering 87 undergraduate degrees and 55 graduate degrees. The campus is the 5th-largest in the UC system by enrollment with 19,796 undergraduate and 3,054 graduate students. The university granted 5,442 bachelors, 576 masters, and 310 Ph.D. degrees in 2006В–2007. The four-year, full-time undergraduate program is classified by the Carnegie Classification of Institutions of Higher Education as "more selective, higher transfer-in". UC Santa Barbara is a "very high activity" research university and spent $191.2 million on research expenditures in the 2007 fiscal year, 97th-largest in the United States. UCSB houses twelve national research centers, including the renowned Kavli Institute for Theoretical Physics. UCSB faculty includes five Nobel Prize laureates, one Fields Medalist, 29 members of the National Academy of Sciences, 27 members of the National Academy of Engineering, and 23 members of the American Academy of Arts and Sciences. UCSB was elected to the Association of American Universities in 1995. UCSB was the #3 host on the ARPAnet. The UC Santa Barbara Gauchos compete in the NCAA Division I Big West Conference. The Gauchos have won NCAA national championships in men's soccer and men's water polo. 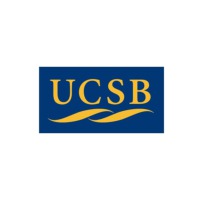 Was this page helpful? Yes -0 No -0Click here to Inform about a mistake 2 Rating: