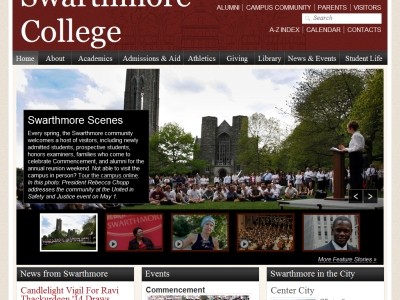 Review: Swarthmore College is a private, independent, liberal arts college in the United States with an enrollment of about 1,500 students. The college is located in the borough of Swarthmore, Pennsylvania, 11 miles (17.7 km) southwest of Philadelphia. The school was founded in 1864 by a committee of Quakers, including Lucretia Mott, who were members of Philadelphia Yearly Meeting, Baltimore Yearly Meeting and New York Yearly Meeting of the Religious Society of Friends. Swarthmore dropped its religious affiliation and became officially non-sectarian in the early 20th century. The college has been coeducational since its founding. Today, the college is known for a rigorous intellectual character, shaped by a commitment to social responsibility and the legacy of Swarthmore's Quaker heritage. Swarthmore is a member of the Tri-College Consortium, a cooperative arrangement among Swarthmore College, Bryn Mawr College, and Haverford College. The consortium shares an integrated library system of more than three million volumes, and students are able to cross-register in courses at all three institutions. A common Quaker heritage amongst the consortium schools and the University of Pennsylvania also extends this cross-registration agreement to classes at Penn's College of Arts and Sciences. Swarthmore's campus and the Scott Arboretum are coterminous-that is, they are coextensive in land, sharing the same borders. 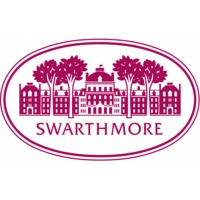 Was this page helpful? Yes -0 No -0Click here to Inform about a mistake 1 Rating: