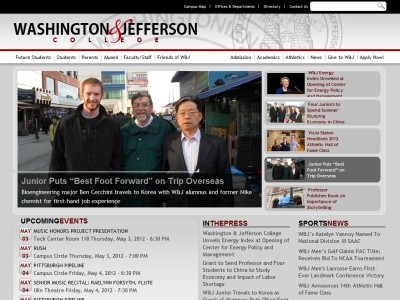 Review: Washington & Jefferson College, also known as W & J College or W&J, is a private liberal arts college in Washington, Pennsylvania, which is 30 miles (48 km) south of Pittsburgh. The college traces its origin to three log cabin colleges in Washington County established by three Presbyterian missionaries to the American frontier in the 1780s: John McMillan, Thaddeus Dod, and Joseph Smith. These early schools eventually grew into two competing academies and colleges, with Canonsburg Academy, later Jefferson College, located in Canonsburg and Washington Academy, later Washington College, in Washington. These two colleges merged in 1865 to form Washington & Jefferson College. The 60-acre (24 ha) campus, located in Washington, Pennsylvania, has more than 40 buildings, with the oldest dating to 1793. The college's academic emphasis is on the liberal arts and the sciences, with a focus on preparing students for graduate and professional schools. Campus activities include various religious, political, and general interest clubs, as well as academic and professional-themed organizations. The college has a strong history of competing literary societies, dating back before the union of Jefferson and Washington Colleges. Students operate a college radio station, a campus newspaper, and a literary journal. The athletic program competes in NCAA Division III. The football team has been particularly successful over its history, even competing in the 1922 Rose Bowl. A large majority of students participate in intramural athletics. Nearly all students live on campus and roughly one third are members of fraternities or sororities. A number of noteworthy alumni have attended the college or its predecessor institutions, including James G. Blaine, William Holmes McGuffey, and Pete Henry. 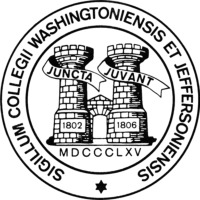 Recommended: Yes -0 No -0Click here to Inform about a mistake 0 Rating: